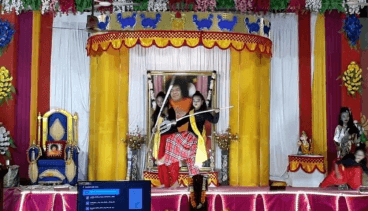 Sairam! please note all timings noted in the program are central time zone 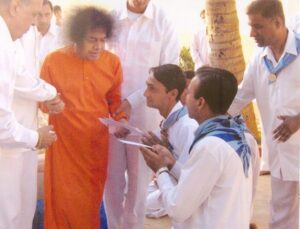 Sai Santosh was born in a Sai family which has been in Swami’s fold since the 1960s. He received the Omkaar initiation from Swami at Puttaparthi and has actively participated in Balvikas classes. He has been privileged to perform in plays and cultural programs in the physical presence of Swami. During his childhood, his parents (Mr. Hariprasad and Mrs. Kalpana Prasad) took him and his sister, Sai Smitha, to the villages for Grama Seva. These experiences of serving in the villages opened up new dimensions of thinking and understanding the challenges faced by children in rural India. Swami further provided Seva opportunities at the Sathya Sai Super Specialty Hospital at Bangalore, where he got to serve as a Seva Dal, for a period of 4 years at various departments such as – dietary and cardiac ICU. Sai Santosh completely attributes his spiritual growth and his love for service to his parents who brought him to Swami in this lifetime. Sai Santosh served as a Service Coordinator for San Diego, CA and North East Atlanta, GA Sai Centers. He has taught SSE for several years and considers working with children as one of his passions. Sai Santosh continues to participate in Grama Seva activities around the world and is very grateful for all the opportunities for self-transformation.
On the professional side, Sai Santosh completed his Masters of Science in Electrical Engineering from the University of Alabama and worked in the scientific computing domain for a few years. His passion to spread Swami’s values in the corporate world inspired him to study management. After completing his MBA he has been working as a senior product lead for a technology startup in Atlanta, GA.